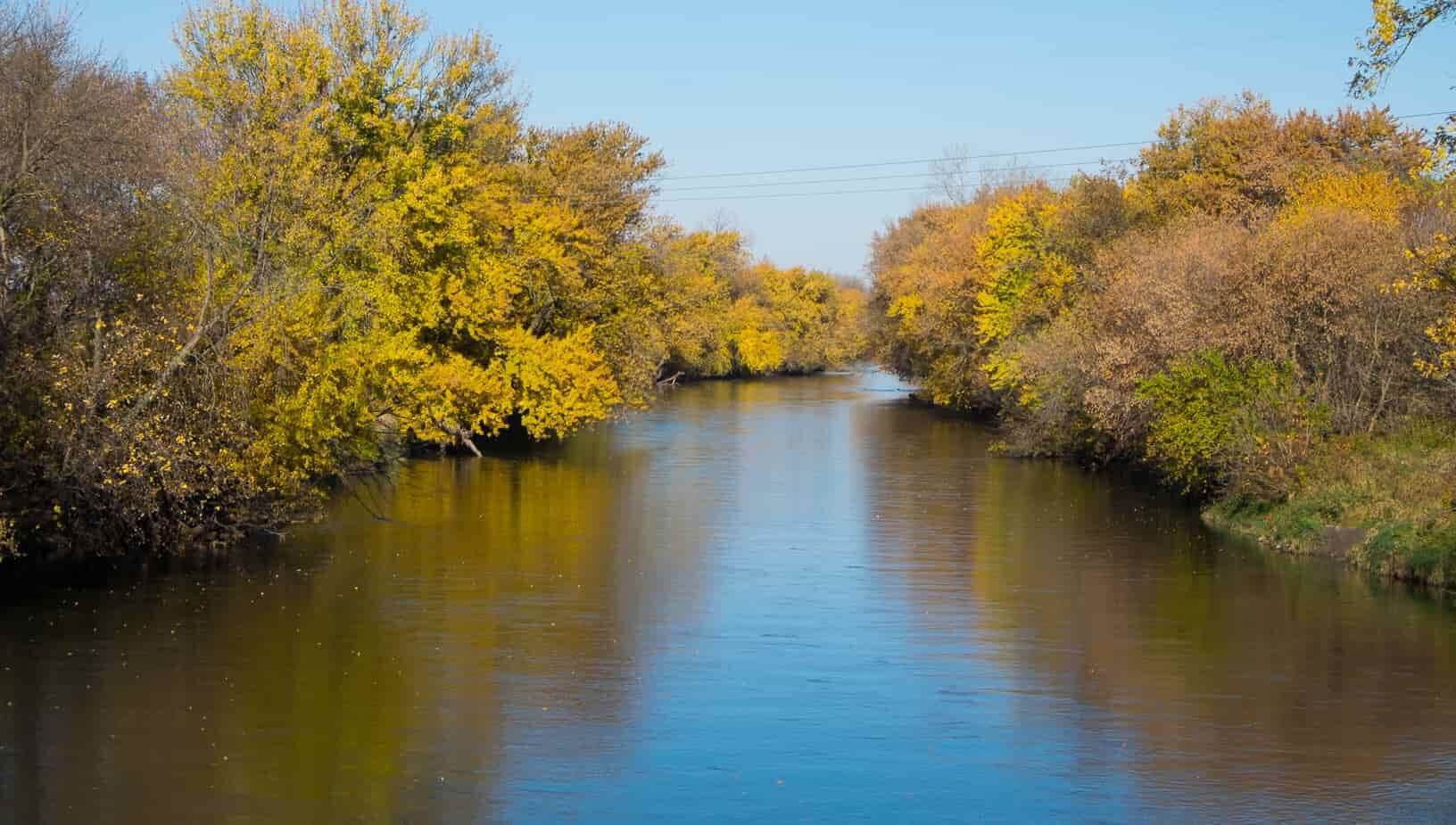 In 1999, three concerned co-op managers met with L.D. McMullen, then head of the Des Moines Water Works, to address the issue of high nitrate levels in the Raccoon River in northwestern Iowa.

“The leaders of the big co-ops — Farmers, West Central and Heartland — learned of the city’s nitrate problem and L.D.’s concern that no one upstream would work on the issue,” said Roger Koppen, then-CEO of Farmers Cooperative in Farnhamville.

McMullen shared what his choices were without outside help. The co-ops decided to work with McMullen, assembling other retailers within the watershed to share their concerns and solutions to water quality challenges. This group formally became ACWA.

“The greater goal of ACWA was to go up the Raccoon River and try to find hot spots that were significant causes of the nitrate problem and fix those hot spots one at a time,” Koppen said. “Part of that goal was to acquire accurate stream data, rather than just guessing. We agreed to collect the water samples and Des Moines Water Works did the testing.”

Over the past 20 years, ACWA has amassed one of the most comprehensive databases of nitrate level records for the Raccoon and Des Moines rivers. In 2018, 625 samples were collected from 65 tributaries and 223 were collected from 23 river sites. Stream monitoring data can be found on the ACWA website.

“Water monitoring has been an important component of our annual work plans since ACWA’s formation,” said Harry Ahrenholtz, ACWA chairman. “The water monitoring program has been instrumental in prioritizing the geographic focus areas for project efforts and initiatives.”

As the organization evolved, so did the water monitoring program. Demonstration project sites are especially important to quantify the impact of practices, Ahrenholtz said.

In recent years, a focused effort has been on individual field tile line and edge-of-field monitoring in concert with farmers. Last year, ACWA sponsored analysis of more than 1,000 samples from 150 tile outlets and 29 sites with a conservation practice installed such as bioreactors, saturated buffers, and farm ponds.

“This has been valuable as an educational tool for the farmer and it has spawned new adoption of cultural and conservation practices at the field level,” Ahrenholtz said.

One of the first accomplishments of ACWA was the member commitment to a formal Code of Practice for fall nitrogen application. In 2001, the group agreed to follow the guidelines to delay fall anhydrous applications without a nitrification inhibitor until soil temperatures are 50 degrees and trending lower.

“The Code of Practice has been re-affirmed on an annual basis by the full membership every year since,” Ahrenholtz said. “The code has evolved as new technology is developed, but the basic commitment by our full membership has remained steadfast.”

Other ag retailers and organizations, such as the Agribusiness Association of Iowa, have since followed suit, directing ag retailers across the state to apply the same guideline.

On the leading edge of nutrient reduction

In 2007, ACWA funded the installation of five bioreactors in tiled fields in the North Raccoon River watershed.

Bioreactors are edge-of-field structures that reduce nitrate in tile-drained water before it enters a stream. A large trench is filled with wood chips and covered with permanent vegetation. Control structures allow tile water to flow from the field through the wood chips to denitrify the water naturally.

A bioreactor was installed on the Mike Bravard farm in Greene County in 2008, the largest known bioreactor in the United States at that time. ACWA partnered with the Sand County Foundation to cover the installation costs. This bioreactor was refreshed in 2017 with new wood chips after nearly 10 years of successful operation.

To strengthen the connection between the ag retailers, their customers and conservation, ACWA managed a Water Quality Initiative (WQI) grant project focused in the Elk Run sub-watershed in Carroll, Sac and Calhoun counties. Beginning in 2015, efforts were made to scale up conservation practices through an ACWA coordinator and ag retailer staff.

“With the Water Quality Initiative grants, ACWA is able to leverage our dollars and our efforts to scale up conservation practices on the landscape,” said Roger Wolf, ACWA executive director. “Grants such as this one involves our members to partner with farmers and landowners as well as organizations such as the NRCS, watershed groups, soil and water conservation districts and more.”

In the fall of 2018, this project expanded through an additional WQI grant, subsequently called the Farm to River Partnership. The three-year project encompasses five sub-watersheds, including Elk Run. ACWA watershed coordinator Chance McDonald is working directly with Landus Cooperative, NEW Co-op and Nutrien Ag Solutions, their clients and staff, to scale up conservation practices in place on farms within the watersheds.

“We’re looking forward to this new working relationship between Chance, ACWA and its members. It’s setting a precedent for the future and how farmers and ag retailers approach conservation practices and the ultimate goal of nutrient reduction in Iowa’s waters,” Wolf said.

The original 14 agriculture retailers had the foresight to work together —despite being direct competitors ­— to help improve water quality. The formation of this nonprofit group was ground-breaking, and after 20 years, ACWA members remain committed to their mission of helping farmers improve their agronomic performance while supporting environmental improvement through voluntary efforts.

“I believe we have had an important history, and we have an even more important future,” Ahrenholtz said. “ACWA has shown measurable impact with our demonstration projects and Watershed Quality Initiatives. We know it is critical to advance the implementation of these concepts to a broader watershed-scale to make a difference. That is the bigger challenge.”

“Organizations including the Greater Des Moines Partnership, Capital Crossroads and Polk Soil and Water Conservation District and others are working with ACWA to create solid upstream-downstream partnerships for the goal of clean water,” Wolf said. “They are collaborating to create awareness and to find solutions for nutrient reduction in the rivers that flow through Iowa’s capital city.”

Future ACWA work will require significant investments, both private and public, to assist farmers and communities with implementation, Wolf said. Ag retailers and their crop advisers will continue to be an important conduit to assist farmers with making decisions and investments in their land and cropping systems, he said.