A Newfound Hope for Soybeans? 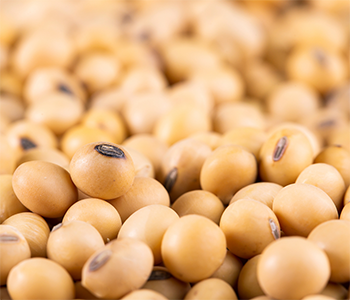 If you'd asked me a month ago, I would have said I’m pretty bearish on soybeans. Fears of a global recession started circulating, driving the dollar higher compared to other currencies. That meant our soybeans started costing more. At that same time, Argentina issued a special subsidized exchange rate for farmers to entice them to sell soybeans into the open market (and thus bring more foreign currencies into the struggling Argentine government). Argentine farmers sold a whopping 13.9 MMT (511 million bushels) of soybeans in September. As a result, China didn’t have to buy many soybeans from us when our currency was skyrocketing in value.

On top of this situation, Brazil started getting some de-cent rain, which made their record soy production estimate of 150 MMT look feasible. How could it get much worse?

The icing on the cake was the Mississippi River’s low water levels. With a high U.S. dollar and a lot of South American beans hitting the market in September, the river issues were basically the nail in the coffin for the majority of our soybean export program.

While we’re not quite to our summer low-resistance level of $13.00 futures, we dropped ~$1.50 this past month. That decrease has me wondering if this might be the harvest low, as well as a potential buying opportunity. What has changed that leads me to think there is potential for a turnaround out there?

Expanding Argentine Dryness
At the start of the year, weather models projected a third year of La Nina dryness for Brazil. Then, after a couple of solid rain events during planting season, they were off to the races toward a record crop. However, a developing story is the expanding dryness in Argentina. On the map below, the red keeps getting redder; it could easily overtake the light blue of Brazil's main growing region (circled in green).

I'm almost always the last person to jump on the South American drought bandwagon, especially after seeing what we've produced in the past couple of years. But the potential for growing dryness is there. I'm not saying we will see another major drought - I just think the likelihood of Brazil producing a record crop (currently estimated at 20 percent larger than last year's crop) is decreasing, all at a time when the world can't get enough grain.

A Glimmer or Hope on Exports
This is our peak soybean export window, and the Mississippi River system is a mess. The water levels are so low they might as well post "no diving" signs along the river!

As bad as this situation sounds, there was a glimmer of hope in our export system in mid-October. There were a couple of overnight export sales to China (overnight meaning they were large enough that the USDA reported them). Then we had a stellar export shipments report the second week of October. At that time, reports were showing 69.2 million bushels shipped when we only needed 40.7 million to stay on pace. Nearly doubling our weekly export shipments sure goes a long way toward catching up, but it's also mind-blowing that we were able to accomplish that growth without a river system! This is the glimmer of hope - maybe our export numbers won't turn out that bad this year.

Before We Get Too Bullish
There are still several major threats to our soybean market, the biggest being China. For now, China is stepping up as the typical major buyer that it is, but there is a risk that China won’t always play this role as tensions escalate over Taiwan.
In October, the buzz was that the Chinese Communist Party expected to extend President Xi’s rule. In the grain world, it had been rumored that President Xi was waiting to advance on Taiwan until after he was elected for a third term. As tensions escalate, I've been wondering how the U.S. counter-tariffed China the last time we had a disagreement with them. This chart displays our current soybean export pace compared to previous years. It indicates that we’re not even above our trade war level of bean exports, so I’m keeping my bull horns in check while remaining cautiously optimisitc for a turnaround.