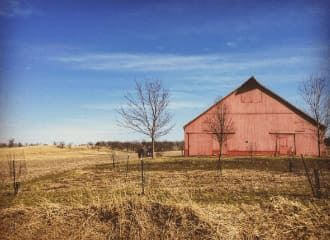 The Key Cooperative board of directors held the annual business meeting virtually on January 5th. Four seats were open for the board of directors election. Join us in congratulating the following producers who have been elected to a three year term:

Chad and his wife, Trish, live in Grinnell with their two children. His farming operation is seven miles NE of Grinnell, operating in Jasper, Poweshiek and Tama counties and includes corn, soybeans and a cow/calf herd. Chad is a fifth generation farmer with 22 years’ experience. Chad served as an associate director for the Key Cooperative board in 2011 & 2012 and has now been serving as a director since 2018.

Brian Larsen
Brian and his wife, Sally, live south of St. Anthony and farm in the Zearing/St. Anthony area. They have three adult boys and one grandson. Brian has been farming for 29 years. He is the owner/operator of BL Farms Inc., raising corn, soybeans and alfalfa as well as providing custom farming services. Brian also has a 2,500 head hog finishing building and maintains a 270 head commercial ewe flock. He has been an associate director for Key Co-op board for the last two years, has been a trustee for Bethel United Methodist Church for 29 years and the treasurer for a pig finishing investment group for the past 18 years.

Mark Tjernagel
Mark and his wife, Jennifer, live on farm just one mile east of Roland with their three children. Their farm operation consists of growing corn and soybeans, a cow/calf herd and a few sheep.  Mark graduated from Roland-Story in 1992 and started farming; he then went on to complete the winter farm program at Iowa State University. He is a member of the First Assembly of God church in Boone and serves as a Howard Township trustee.

Megan Veldboom
Megan and her husband, Lance, live on the family farm where Megan grew up, north of Grinnell.  They have four adult daughters - the youngest two, in college. Megan and Lance returned to the farm in 2011 to begin transitioning the operation from her father. Raffety Farms, Inc. is now operated by Megan, Lance and her father. They grow corn, soybeans and alfalfa.  Lance is also a corn breeder with Bayer Crop Science. Megan served on the Grinnell Band Booster Board for over seven years and currently directs the Awana children’s program at her church


A.J. Christian has been named as the new associate director for the NW district

A.J. Christian
A.J. and his wife, Amber, live on an acreage between Story City and Roland with their three boys - just one mile from their farming operation. A.J. was born and raised on the family farm and now farms with his father and brother. Christian Farms, Inc. is a row crop/strip-till operation located in north central Story County; they also farm ground in SE Hamilton and SW Hardin Counties. Their home farm/base-of-operations was recognized as a Century Farm in 1991 and a few years ago, we were able to purchase the original “Christian” farm which has been in the family name since 1855. A.J. joined the Iowa Air National Guard in 2001 and currently holds the rank of Major – assigned to the Joint Operations Center at Joint Forces Headquarters-Iowa. He a member of American Legion Post 307 in Roland and helps with as many Honor Guard details as possible. In addition, he helps instruct at the Iowa Law Enforcement Academy.