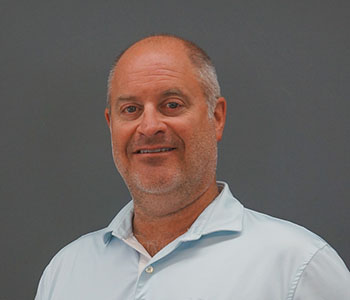 January often brings New Year’s resolutions. There’s a new year displayed on the calendar and an overall sense of “out with the old.” Overall, these all result in change. This January, the Key Cooperative team is looking forward to one particular change, which is delivering a great feeling of excitement.

Harvest 2022 looked a little different for Key Cooperative. It was led by a team effort as we initiated the search for our next Grain Division Manager. During harvest is an unlikely time to fill this role, and as expected, our search was not completed until after harvest. Now that it’s 2023, we’re thrilled to introduce you to your new Grain Division Manager … and he’s probably quite familiar!

Formerly our Grain Merchandiser, Jarod Lemper has been part of the KeyCooperative team for more than 20 years. The Waterloo, Iowa, native was introduced to farm operations at the young age of nine when he began visiting his family’s farm in Illinois.

“I visited my aunt and uncle’s farm one summer while my parents took a vacation,” said Jarod. “The following summer, I was invited to come back, then it became something I looked forward to doing every summer break until I was a junior in college.” Today, Jarod
still transitions into the role of farmer each planting and harvest season to help on the family farm.

From the moment Jarod started his career, he was linked to the cooperative model. Decades later, he’s still advocating for farmers to lean on the cooperative to remain connected. After graduating from ISU with a degree in ag business, he decided to remain in Illinois. He got his start at Advance Trading as a Farmer Marketing Advisor, which placed their advisors in cooperatives. “Out of college, you either went the cooperative or the corporate route,” said Jarod. “I enjoyed the country side, not corporate.”

Following this role, he furthered his ag experience with Asgrow® Seed Company (now Bayer Crop Science) and then began merchandising grain for another Iowa cooperative.

Jarod reflected back on when he was recruited to Key (Heart of Iowa Co-op at the time) by General Manager Jim Penney and Grain Manager Ron Gates. “We officed out of Roland, then transitioned the grain team to Nevada when we began loading a lot of trains,” said Jarod. “Soon after, the Lincolnway Energy ethanol plant was built, and that area became a prime location for grain.”

Now, 20 years later, Jarod is leading the Key Cooperative Grain Team as they shift back to this familiar time with markets once again favorable to train shipments. “The focus has come back to loading trains because now, we get to choose: train or truck,” said Jarod. “The derecho rebuild allowed us to put in new equipment as well as a second loadout, which can pull from more places within the elevator.”

January does bring change, and change can also be seen as opportunity! “I’ve seen our cooperative go through so many changes, and I’ve been a part of that,” said Jarod. “Now I get to ensure that our success continues and be involved in the future growth of Key Cooperative.”