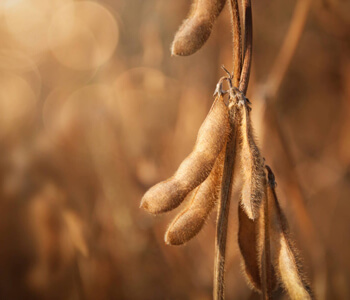 We have our next USDA report coming up on February 9th. Traditionally this report is a snoozer. It’s usually so uneventful that I didn’t even know we had a report in February. This is probably because it’s justifiably overshadowed by the huge January final production report and the huge March 31st prospective plantings report. But maybe it will hold its own this year? After all, we’ve had a lot of supply and demand question marks from this past month, with the biggest one being the global export situation.

U.S./China - to start things off in the export conversation, it’s been no secret that China’s purchases and shipments of our commodities have been lagging since last year. At this point in the year, China has booked 88% of what the USDA projected, but has only executed on 26% of their current purchases. Ship loadings have been picking up, but it’s been slow going. Last year around this time, the US had shipped ~50% of China’s commitments. This is bearish. There’s still time to catch up, but it will be getting increasingly difficult. With the Brazil situation as well as the Russia/Ukraine situations going on, this could turn into a dog fight for dock space this summer at U.S. ports.

U.S./Brazil - the next big potential adjustment to U.S. exports on the February report might be a reduction to the Brazilian soybean crop; followed by an increase in U.S. soybean exports. This past week, several private analysts have lowered their Brazilian soybean production estimates below the 130 MMT mark. With some of these new estimates, it now leaves the grain trade debating how big of an adjustment needs to be made because now there’s a 300-500 million bushel range in South American crop size estimates. The South American soybean crop is getting smaller, which is bullish, but how much of that the U.S. will see via export business, will be the real question. Before the drought, Brazil was on track to produce a record crop. Even with a 5 MMT (183 million bushel) reduction on last month’s report, it was still going to be a record crop. Large enough and cheap enough that we wouldn’t see any export business from their crop reductions. However, with the couple analysts calling for even more reductions this past week, we’re to the point where we should start picking up some export business from them. This isn’t just speculation, their export bids (below) now reflect it since we’re cheaper than Brazil for June.

Russia/Ukraine - lots of speculation with tensions rising in the Russia/Ukraine ordeal. I’ve said this many times now, if I’m an international grain buyer, I’m not sending my ship into the Black Sea (Russia/Ukraine ports) with a potential conflict going on. I’m going to pay an extra couple of cents to buy grain from the U.S. to make sure my boat makes it back to me without any bullet holes!. Ukraine is the world’s third largest corn exporter. Brazil won’t have their safrinha (second crop) corn ready until this fall since it’s getting planted this month. So if I’m that international grain buyer, my only real option for corn, is the U.S.

Overall I’m bullish on U.S. exports. Whether it’s China playing catch up and taking delivery on all their purchases, Brazilian soybean exports shifting up to the U.S., or Ukrainian corn exports shifting over to us, I think the U.S. is going to finish the year with one heck of a strong export program. Now, for that February USDA report, I’m not so sure how much the USDA will pre-emptively raise our export figures. They tend to be more conservative and wait for things to come to fruition. But what we know today, is that our global export bids are competitive to where we’re picking up more business.